Editor’s Note: This is a guest post from Rosa Park, a member of CrossFit Toronto’s Bootcamp Program.

It went by faster than week 1, so for anyone thinking of throwing in the towel in the first week, rest assured that you can get through this!

The first weekend after week 1 of Bootcamp was heaven.

We got to rest our tired bodies and treated ourselves to some much needed sleep.

Although, after getting used to waking up at 6am for the 6:30am class, sleeping-in meant waking up by 7:30-8am without my alarm going off!

I still felt much more refreshed after taking that break each weekend. I also found that being accountable to a Monday-Friday routine made me work my life around it so that I can actually make all the classes.

We had more chances to learn some key moves during the second week of bootcamp.

Some of the days we spent the first 20 minutes of the class learning the workouts before going into the regular WOD.

We learned how to do deadlifts.

We started light, with just 10lbs plates on both sides on a 45lbs barbell for men and 35lbs barbell for women. (The women’s bar is slightly thinner, so women can grip the bar easily.)

Our instructor Ryan went around helping everyone with their form. We did 5 sets of 5 deadlifts adding 5lbs on each side.

On day 5, we were introduced to double unders, which is skipping rope, but with two passes of the rope each jump.

I struggled with this but, I’ve always wanted to learn how to do it.

I ended up whipping myself on my arm while attempting to do 5 rounds of 25 double unders, which resulted in an ugly bruise, but it’s just my elbow so it will go away.

My brother, who has been an avid CrossFitter for a long time, gave me some tips over the weekend.

First, I changed my form from kicking my legs back on each jump to keeping my legs straighter. Also, to jump slower and higher for the rope to go under my feet twice. It takes practice but I think it’s one of those things I will ‘get’ if I practice enough.

I also found this video online.

Needless to say, double unders are killer when you’re not used to them. It was a short WOD but very hard on arms/shoulders.

Diet-wise, I’ve been loosely following the paleolithic diet (can’t say “no” to gelato on a beautiful warm evening in the city!), and even just two weeks into the Bootcamp, I feel more toned, and can visibly see a slight difference in my body.

My breakfast usually consists of one or two eggs, some avocado, and occasionally bacon, if I have time to make it

I also drink my coffee black. I snack on almonds and walnuts (see my Easy Paleo Bread snack post), and for lunch and dinner, I usually eat some sort of protein with veggies.

I’m a speed cooker, and a lazy one at that, so paleo cooking actually works for me because my elements are so limited.

I’ve also baked some paleo-ish cookies that are made with cacao powder and coconut flour. I’m still experimenting and perfecting the recipe so I will post that later.

In the meantime, I am looking forward to Week 3 of our Bootcamp and trying taking on some CrossFit Hero WODs!

Want to read the first post in this series? Check out week 1. 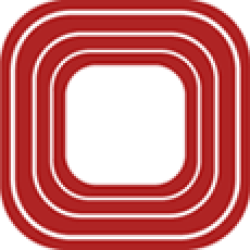 Rosa Park
I'm training for my first tough mudder and my first full marathon this fall, 2013. I'm the founder of White Lioness Media (www.whitelionessmedia.com), where we provide journalistic videography and photography services. I love learning about paleo news and recipes so I started www.Paleo101.ca. You can follow me at @rosapark @paleo101ca