Editor’s note: This is a guest post from Ekaterina Solovieva – a member at CrossFit Toronto

Did you think CrossFit was a recent fitness trend along with Zumba and obstacle racing?

What if I told you that CrossFit is about to celebrate its 13th birthday?

That’s right. Our favourite strength and conditioning program has been around for over a decade. (And much much longer if you consider how old the classic Olympic lifting is).

Greg Glassman, the father of Crossfit, has founded his fitness company in 2000. Sweat Rx Magazine has referred to him as the WODfather, hinting at the similarities between the founder and Vito “Don” Corleone, the fictional Godfather. Glassman, a former gymnast himself, trained police officers before incorporating the business.

Some of the earliest “dirty girls” were Angie, Elizabeth, Barbara, and Fran, making the complete workouts easier to remember.

Today, there are more than 5,000 affiliate gyms around the world. Most CrossFit boxes are located in United States, but you can find a box in many countries. Heck, there are 42 boxes in South Africa alone!

Any gym can become a CrossFit gym for an annual fee. The trainers would have to complete at least Level 1 Trainer course, covering gymnastics, Olympic lifting, running, kettlebells and much more.

In a recent New York Times article, one CrossFitter refers to CrossFit as “the new golf”, as some companies are even starting to offer subsidized memberships for their employees.

The buzz has further increased as many professional athletes started incorporating CrossFit into their regular workouts. For example, Knowshon Moreno of the Denver Broncos is an American football running back, who regularly uses CrossFit in his training.

The Sport of Fitness – Enter the CrossFit Games

The Canada East Regionals will be taking place on May 24th to 26th in Mississauga, ON. And finally, the top three men and women from each region will battle it out head to head in July at the Games.

Happy Games! And may the odds be ever in your favor!

Think you have what it takes to compete?  We’ve been around since the beginning.

Train with us at CrossFit Toronto – Toronto’s first and Canada’s second CrossFit gym.

CrossFit’s Relationship with Reebok Enhances Its Financial and Commercial Credibility

We’re One Big Team, So Run Those Stairs

Solo is a health coach and a competitive obstacle racer, who loves life and loves sharing with others how to live theirs (better). Follow her adventures at www.solovieva.com 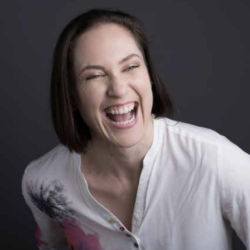