High Protein Diet – Is it as Bad As Smoking?

Put down the steak and back away slowly.

That’s right, meat, cheese, and eggs are bad for you.

In fact, they’re so bad, you may as well just start smoking!

At least, that’s what a new study has just suggested.

If you are anything like me, you just rolled your eyes, shrugged your shoulders, and went about your day thinking it was just another media hype attempt to get more eyes on the page.

Well, let’s take a look at how bad smoking is, what the study says, and what my issues are with the study.

Just how bad is smoking?

We’ll start with the main parts of a cigarette: nicotine, carbon monoxide, and tar.

Nicotine is a highly addictive (that’s why smokers keep on smoking) and fast acting drug. In high concentrations, it also acts as an insecticide. Exposure to sufficient amounts can lead to vomiting, seizures, and growth retardation.

Carbon Monoxide is a poisonous gas that is odourless and tasteless. Your body can’t tell the difference between CO and oxygen, which means your body will absorb CO into the bloodstream just as easily as oxygen. CO can decrease muscle function and heart function, and can cause dizziness and fatigue.

Tar (the stuff you seal your driveway with) contains carcinogens. Approximately 70% of the tar remains in your lungs when you smoke.

There are over 70 different carcinogens in cigarette smoke. When you smoke, you are 200-300 times more likely to get cancer; about 90% of lung cancer patients are smokers. Smoking has been determined to cause cancer.

What does this high protein diet study say?

The study also found that those who ate high amounts of vegetable proteins had lower mortality rates than their animal protein eating counterparts.

Another part of this high protein diet study showed that the mortality rates of the higher animal protein consumers lowered after 66 years of age.

What’s significant about those aged 66 and over?

The theory is that protein, which controls the growth hormone IGF-I and in turn helps our bodies grow, has also been linked to cancer susceptibility. Levels of IGF-I drop off dramatically after age 65.

My issues with the high protein diet study

It is important to note that a correlation between high protein intake and mortality rates is not not a causative link.

[Tweet “A correlation between high protein intake and mortality rates is not not a causative link.”]

In my opinion, there is not enough evidence to say that a high protein diet is bad for you.

The questions I still have include:

Currently, there are too many unanswered questions, and the study wasn’t exhaustive. I believe more research needs to be done to learn more about high protein diets.

In the end, I think we should take this particular high protein diet study with a grain of salt.

While I was researching this, I found an article that I thought you might like by Dr. Gunter Kuhnle who also digs into this study.

What do you think about the study? Are you going to reduce your protein intake?

Let me know. I’d love to hear your thoughts. 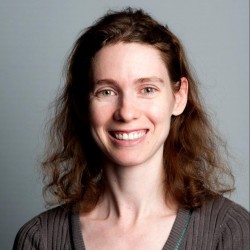 Kelly Barron
Kelly is a Registered Holistic Nutritionist (RHN) and our Nutritional Consultant. She has a passion for delicious, high quality food, with a specialty in baking. She has been involved in the food industry for over 20 years, working in a variety of settings including cafes, camps, restaurants and bakeries.

Kelly knows the practices and tricks of selling food to the public, and uses this information to inform others on how to avoid processed and other low-quality foods. Her hospitality industry experience also allows her to help people create healthy and delicious alternatives.

Kelly is a proud member of CAHN-Pro (Canadian Association of Holistic Nutrition Professionals). Additionally, Kelly has her Food Safety Teaching Certification, allowing her to share important food safety information with her clients.